The Death of My Father
by F. Scott Fitzgerald

Convention would make me preface this with an apology for the lack of taste of discussing an emotion so close to me. But all my criterions of taste dissapeared when on the advice of a fairy I read Mrs Emily Price Posts’ Book of Etiquette some months ago. Up to that time I had always thought of myself as an American gentleman, somewhat crazy and often desperate and bad but partaking of the sensativity of my race and class and and with out much a record of many times having injured the strong but never the weak. But now I don’t know—the mixture of the obvious and the snobbish in that book—and its an honest book, a frank piece of worldly wisdom written for the new women of the bull market—has sent me back again to all the things I felt at twenty. I kept wondering all through it how Mrs Post would have thought of my my father.

I loved my father—always deep in my subconscious I have referred judgements back to him, what he would have thought, or done. He loved me—and felt a deep responsibility for me—I was born several months after the sudden death of my two elder sisters & he felt what the effect this would be on my mother, that he would be my only moral guide. He became that to the best of his ability. He came from tired old stock with very little left of vitality and mental energy but he managed to raise a little for me. We walked down town in the Summer to have our shoes shined me in my sailor suit and father in his always beautifully cut clothes and he told me the few things I ever learned about life until a few years later from a catholic priest, Monsignor Fay. What he knew he had learned from his mother & grandmother, the latter a bore to me—“If your grandmother Scott heard that she would turn over in her grave.” What he told me were simple things, like

“Once when I went in a room as a young man. I was confused so I went up to the oldest woman there and introduced myself and afterwards the people of that town always thought I had good manners” He did that from a good heart that came from another America—he was much too sure of what he was, much too sure of the deep pride of the two proud women who brought him up to doubt for a moment that his own instincts were good— It was a horror to find the natural gesture expressed with cynical distortion in Mrs Price Posts book.

We walked down town in Buffalo on Sunday mornings & my white ducks were stiff with starch & he was very proud walking with his handsome little boy. We had our shoes shined and he lit his cigar and we bought the Sunday papers. When I was a little older I did not understand at all why men that I knew were vulgar and not gentlemen made him stand up or give the better chair on our verandah. But I know now. There was new young peasant stock coming up every ten years & he was of the generation of the colonies and the revolution.

Once he hit me. I called him a liar—I was about thirteen I think & I said if he called me a liar he was a liar. He hit me—he had spanked me before & always with good reason—but this time there was ill feeling & we were both sorry for years. I think though we didn’t say anything to each other. Later we used to have awful rows on political subjects on which we violently agreed but we never came to the point of personal animosity about them but if things came to fever heat the one most affected quitted the arena, left the room.

I ran away when I was seven on the fourth of July—I spent the day with a friend in a pear orchard & the police were informed that I was missing and on my return my father thrashed me according to the custom of the nineties—on the bottom and then, let me come out and watch the night fireworks from the balcony with my pants still down & my behind smarting & knowing in my heart that he was absolutely right. Afterwards, seeing in his face his regret that it had to happen I asked him to tell me a story. I knew what it would be—he had only a few, the Story of the Spy, the one about the Man Hung by his Thumbs, the one about Earlys March.

Do you want to hear them. I’m so tired of them all that I can’t make them interesting. But maybe they are because I used to ask father to repeat & repeat & repeat.

Written circa 1931; see the unfinished manuscript. 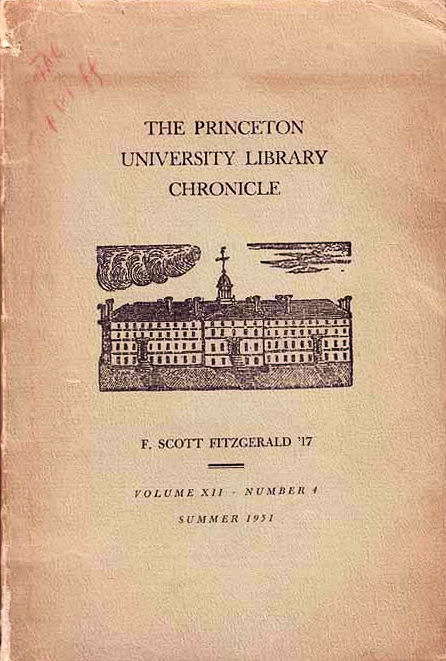